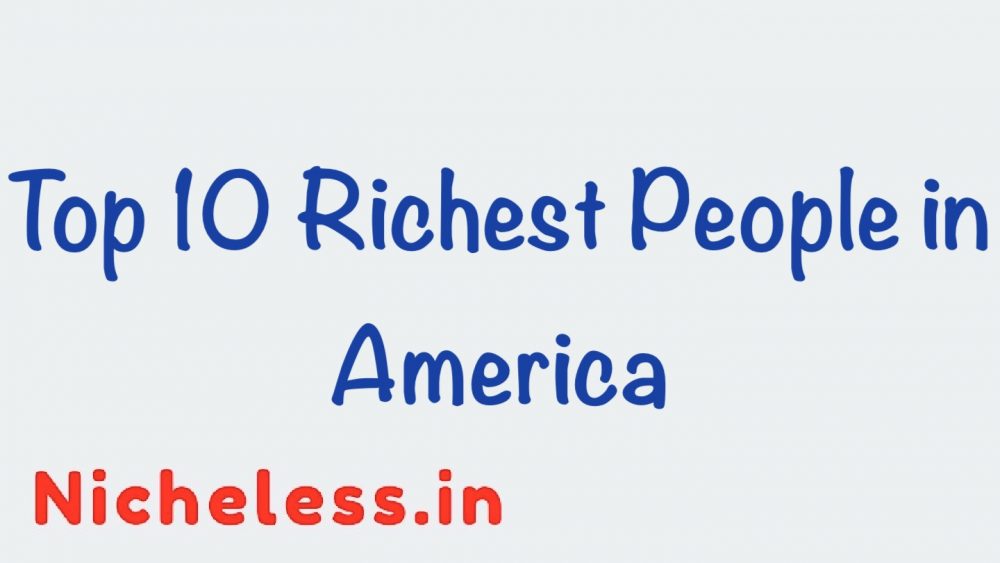 Do you know who are the top 10 richest people in America? Read this article to find out.

United States of America has the biggest economy in the world, as such it’s expected to have one of the largest number of wealthy people. While some Asian countries are growing very rapidly. United States of America is still the largest economy and most of the people that have made their way to the richest people’s list are in fact American Businessmen.

So, let’s get into the list of top 10 richest people in America.

Jeff Bezos is the founder of Amazon, the largest e-commerce platform in the world. He also founded Blue Origin in 2000. It is one of the few space companies that are growing rapidly. Few months ago he divorced his wife MacKenzie Bezos as a result he lost about $ 36 Billion, but that didn’t make him lose his title of the richest man in the world. With a net worth of $ 113.5 Billion, Jeff Bezos is the richest person in America, and the world.

Bill Gates is the Billionaire founder of Microsoft and a well known philanthropist. He held the title of world’s richest person for the longest period of time. With a net worth of $ 105.9 Billion he is the 2nd richest person in America and the world.

Warren Buffett is well known for value investing and believed to have reached the pinnacle of value investing formula. That doesn’t mean he never makes mistakes. Making mistakes is fine, but not learning from them and repeating them is not.

He owns many American businesses through his company Berkshire Hathaway.

Mark Zuckerberg is the founder and CEO of Facebook, world’s largest social media platform. He founded facebook.com from his dormitory room while studying at Harvard University.

Larry Ellison is the founder of Oracle corporation which specialises in Database software and technology. They also sell cloud engineered systems and enterprise software.

Larry Page is the Co-founder of Google, the largest search engine in the world. Together with Sergey Brin, he created the page rank algorithm used by Google.

Sergey Brin and Larry page co-founded Google in a garage in 1998. As Google expands its verticals, the founders created a holding company called Alphabet Inc. and Google is a part of it. Brin is currently the president of Alphabet Inc.

Alice Walton is one of the members of Walton Family and a shareholder of Walmart.

Rob Walton is yet another member of the Walton family and a shareholder of Walmart.

Michael Bloomberg is the owner of Bloomberg LP. An American company that specialises in financial software services and business magazines, news, etc. Bloomberg is a privately held company but it’s still one of the largest.

Steve Ballmer is an ex-executive of Microsoft. He was hired at Microsoft by Bill Gates in 1980. Currently he is the Governor of Los Angeles Clippers of the National Basketball Association (NBA).

Charles Koch is one of the largest shareholders of Koch Industries.

MacKenzie Bezos is the ex wife of Jeff Bezos. After her divorce she received about 4% of Amazon stocks that puts her net worth to about $ 36 Billion and makes her the 3rd richest woman in the world.

Phil Knight is the founder of Nike, one of the most successful sports footwear, apparel, and accessories brand in the world.

Those are the 15 richest people in America.

Tell us your thoughts about the topic in the comments below!