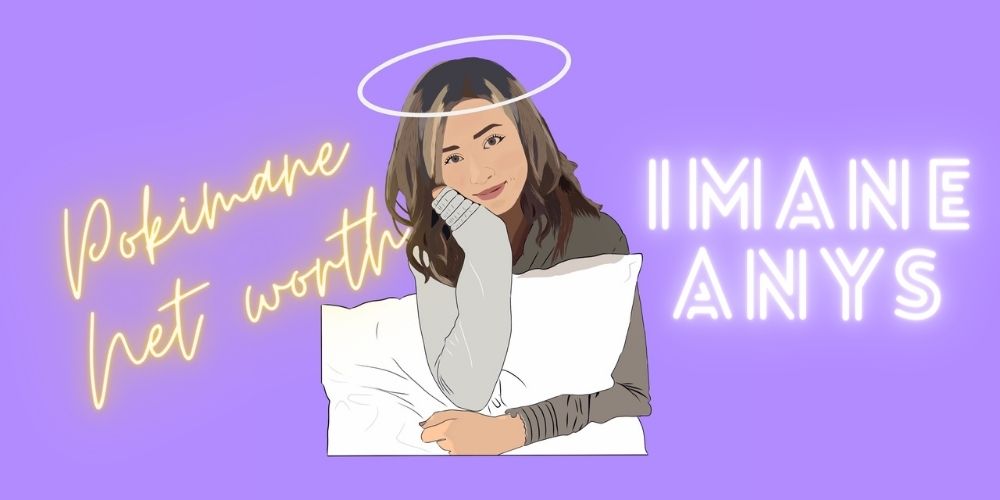 She’s best known for showcasing her gaming experience via live streaming on Twitch, most notably in League of Legends and Fortnite.

With a subscriber base of 6.3 Million, Pokimane is currently the number 1 female streamer on Twitch. Her social media following is about 17.7 Million across Twitch, YouTube & Instagram combined.

Imane Anys was born in Morocco on May 14 1996. She’s known to have attended McMaster University and studied chemical engineering, but dropped out later to pursue her streaming career full time.

One month when she was in 2nd year of University, she made more than $10,000 from brand deals alone. At that moment she realised that game streaming can become a full blown business.

Pokimane Career as a Twitch Streamer

Pokimane started streaming on Twitch in 2013. Her channel grew exponentially and in 2017 alone she’d amassed 450,000 new subscribers on the platform. That earned her Shorty Awards’ best Twitch streamer of the Year & placed her channel within the 100 most followed Twitch channels in the following year.

Pokimane currently has about 7 employees in her office to manage various processes of her entire streaming business. Her business expenses in salaries of employees range from $10k to $20k a month.

Pokimane’s typical YouTube video views are close to 20 Million each month. At an RPM of $2.5 she could be earning somewhere around $50,000 from YouTube Ad revenue alone.

If we consider 50% of that amount as sponsorships on YouTube and same for Twitch, we get another $50k. That brings the total to about $100,000 each month.

That said, It’s not like Pokimane is in the streaming business only for money. She once turned down a deal worth $3 Million. She says that she doesn’t want to do things in her life that she’s not comfortable with, even if she’s getting paid $3 Million for it.

According to her, there hasn’t been much difference after she started making more than $100,000 a year. Anything more, she probably saves for investment.

After digging up the internet for information regarding Pokimane’s income & net worth we’ve gathered sufficient information to get an estimate.

From Graham Stephan’s interview of Imane, we know that she saves about 70% of her income. She keeps 40% in a tax savings account & 30% in the bank.

Pokimane’s philosophy on YouTube & Twitch business is similar to Graham’s, but since she has saved enough that she can maintain her lifestyle for a long time without any income; she’s more focused towards enjoying what she does, rather than worrying about business failure. Pokimane also plans to invest in startups with her money.

As of 2020, the net worth of Pokimane is estimated to be around $2 Million.

Here are some of the key highlights from Pokimane’s career as a streamer:

1. 2nd year University – She realised that Streaming could become much more than a part time hobby after making more than $10k in brand deals in a month.

3. 2018 – Earned Shorty Award – Twitch Streamer of the year & nominated for two other awards.

6. 2020 – Got nominated for 3 Awards including Esports awards & Streamy Awards.

Pokimane has transformed her hobby of part time Video Game Streaming into a full blown business. Not to dismiss the involvement of luck, it’s also a fact that there’s a lot to learn from Pokimane’s life story.

Most important of all is trying your luck with the things you’re passionate about. Then analysing where you’re at and how you can grow your reach. We also get to learn that keeping morals above money, pays off in the long run.

What do you think about Pokimane and this article on her net worth, bio, & age?

Make sure you let us know in the comments down below or else… like Imane said, Graham will come to your house & give you a lecture every time you buy a Starbucks.