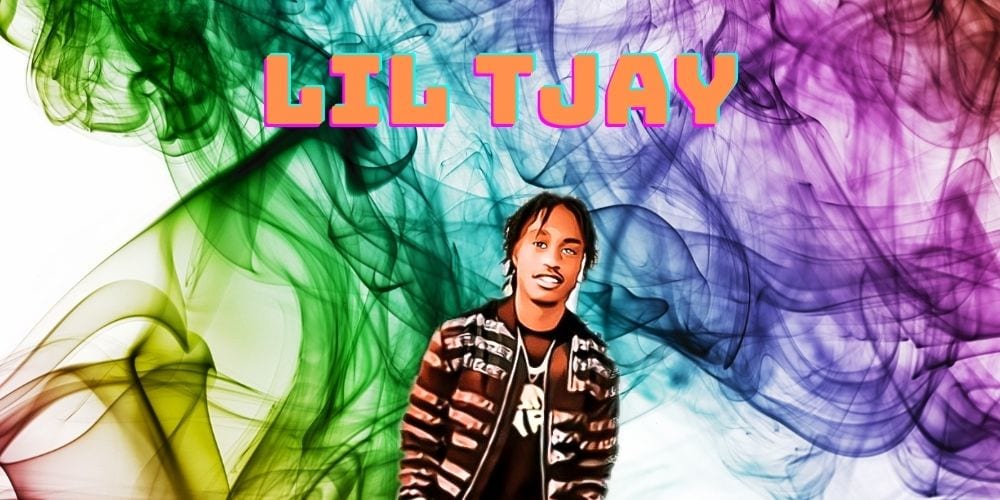 The first time when I heard Lil Tjay, it was his unique voice that captivated me. His latest single, Calling my Phone is already getting a great response. More than 33 Million video views with close to 1 Million likes on YouTube, it just grabbed the #3 spots on the billboard hot 100!

With major hits in the past like Move On, FN, Losses, the quirky tone, catchy beats, and excellent music videos have made Tjay win a loyal fanbase.

Let us dive deeper into the life of Lil Tjay.

In this article, we will explore the net-worth of Tione Jayden Merritt and his journey into the music world.

The 20-year-old is raking the music world with hits after hits. True to Myself being his recent hit album, he deserves a mention in our net-worth section.

Born in the Bronx on April 20, 2001, Tjay finds his musical influence from his native. With the melodious tunes in his music, he doesn’t shy away from using auto-tune to make his work more melodious.

He has two younger siblings and he grew up being affected by the boogie neighborhood he grew up in.

He has spent time behind youth detention after being charged for robbery during 2016 and 2017.

Not much is known about Tjay’s father, but we have learned that his mother belonged from Ghana.

Post getting fame, Tjay has been expressive about his love for his mother. Numerous pictures of them being together float all over the net.

Isn’t it such a nice gesture?

With artists bragging and rapping victoriously about how they dialed a number on their parents, it’s really nice to have someone who is close to their parents!

During his younger days, he used to be a part of street fights. Though notorious, he followed decency at home.

Incidents like moving out of the house to swear, were very common for Tjay, that showed his love and respect for home.

During his stint behind the bars, he realized that his life needed change.

He understood the need to move out of his old forms of life. This is when he got interested in music, and so his journey in music started!

Shooting to fame was not very difficult for Tjay. With the Soundcloud singles gaining over millions of plays, his popularity soon caught up.

Resume and Brother were some of the early singles on Soundcloud, which gained him the audience base.

Within ten months, he grew a pretty strong fan base, which helped him to propel his music ambition further.

Yes, you read it right!

None of Your Love, released in 2018 helped him to become one of the most searched newcomers in the hip-hop industry.

When good things happen, they all happen at the same time. This is what we can see from Tjay’s life story!

As he was rising up the ladder in SoundCloud, he was also rolling the eyeballs of some of the big recording houses.

Columbia Records was one such recording house, that signed him up for an extended play, No Comparison

It was followed by his debut album True To Myself. The highest that it could go in the billboard charts was the #2 rank.

As his success grew, he soon went ahead to launch his second album in 2019. His hit single from the Album Hold On latched on to more than 35M views worldwide. It is another feather in the cap for Tjay!

Tjay has been quite active on social media handles. With more than 2.6 million Instagram followers and close to 1M on Twitter, he is slowly climbing the ladders of fame.

His Youtube channel, with more than 12M subscribers is also an avenue where you can connect with him on social media.

Bronx’s JB, yes this is what he is known back at the Bronx.

Well, you must be wondering, why?

Lil Tjay sampled JB’s hit song Baby, though it was later not cleared by Beiber himself.

As of 2021, the net worth of Lil Tjay is estimated to be valued at $600 Thousand. His main source of income is music and singing.

Being in multiple collaboration projects helped him to garner both praise and wealth.

Another source of income for Tjay is his live concerts.

It is early days for Tjay and we wish him all the success in his musical career ahead!

Tjay is not someone who has been away from controversy, just like many hip-hop artists.

Apart from being involved in robbery cases during childhood, he is also under trial for substance possession.

As of January 2021, he had been arrested for the possession of weed and a gun. Previously, he had been in close touch with the police force as they tried to shut down the filming of his video as well.

A career that is not blemished by controversies, is not the career of a star. Good going kid!

There were few key lessons that we can learn from Tjay’s life.

1. Success doesn’t see age: Success doesn’t check the number of candles you blow off on your birthday cake! All it recognizes is the number of hours you have slogged yourself for it. Lil Tjay is younger than most of the rappers in the business, yet he has gained the recognition that many are struggling to, even now!

2. Technology can be your best friend: Starting off from SoundCloud and making it big in the music business needs some luck. Well, that was obviously on his side, but, he was also keen on giving it a try! He did not shy away from releasing the singles on SoundCloud and it made all the difference.

3. Isolation can do wonders: It was only till Tjay went to the one ear hiatus when he realized he ought to bring his life back. Finding his love for writing, music, and rapping grew, while he was in detention. All you need to be successful in life is silence. The silence to hear your inner voice is all that matters!

Lil Tjay is just 20 years old and already earns more than the average American salary. He has achieved what most people can only dream of, at an age when people waste their time scrolling their phones endlessly and entertaining themselves.

Since this website is all about wealth we thought our audience could learn a thing or two and get inspired to work after reading the life story of this young NYC rapper.

What do you think about the Net Worth of Lil Tjay?