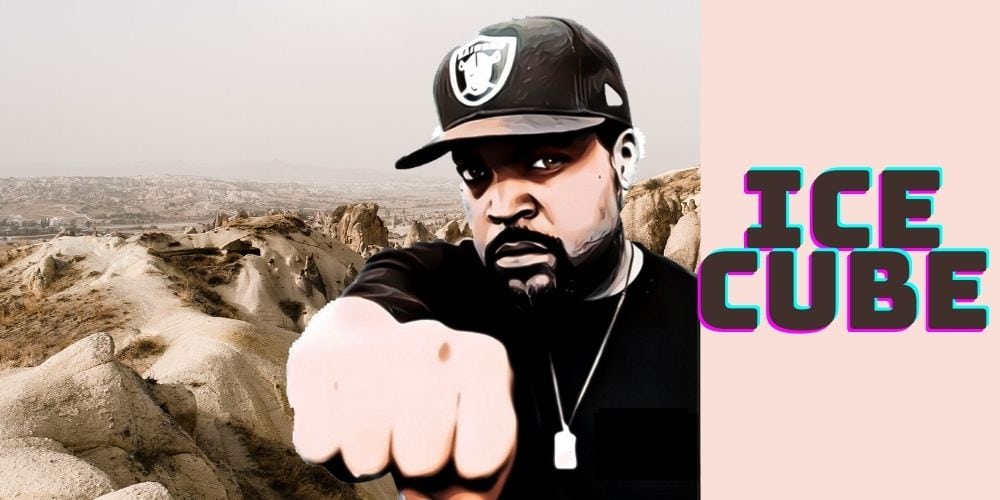 Let us discuss some sheer talent from the Vault.

The $160 Million dollar man, Ice Cube takes us back to the time when hip-hop was nascent. It was just starting to grow homie!

Ice Cube, born as O Shea Jackson, started writing lyrical masterpieces from the young age of 14. After the demise of her step-sister, he created music about his experience which landed at one of the top places on the billboard.

With debut EPs ranking to #4, to albums selling more than 3 million copies, Ice Cube has had a successful career in the hip-hop industry!

A man of many talents deserves an article on our website!

Let’s get to know a bit more about his journey, struggle and rise to superstardom. But, before that, it’s worth noting that Ice Cube’s net worth stands close to $160 Million as of 2021.

Ice Cube started off from a very humble background. No lineage of the silver screen or no political connection to back his talent.

Born to Doris and Hosea Jackson, O Shea Jackson grew up in LA. His education career did not have many breaks. As he completed his schooling at William Howard Taft High School, he went ahead to complete his graduation from Phoenix Institute of Technology in architecture.

His music career started to pick up from 16 years old. At this age, he sold his first single to Eazy-E. Both have eventually turned out to be a part of the extremely popular group N.W.A, led by Dr. Dre.

Being done with his education, he returned to LA to pursue his career in rap with full dedication.

The journey from C.I.A to N.W.A and the exit

Ice Cube certainly started to receive the spotlight for his lyrical supremacy. As he teamed up with Sir Jinx to kick-off C.I.A, they started going around LA rapping their way into the parties. Soon, they got their first big break!

Dr. Dre produced My Posse, which was the first single for the group.

It was followed by a collaboration with N.W.A. Releasing another single, followed by numerous hard-hitting lyrics of the album “Straight Outta Compton” which solidified the stage for Ice Cube.

Eventually, he departed Ice Cube due to issues of payment. He was paid merely $32K for his work in “Straight Outta Compton.”

Post this, started the solo career of Mr. Jackson. Musical hits started to follow one after the other, thus ranking him as the next hit artist in hip hop music.

Started with “AmeriKKKA’s Most Wanted”, Ice Cube released his solo debut album, which became an instant hit. It was followed by his EP “Kill at Will” that grabbed the Platinum certificate.

His second album continued his success, but his third album could be regarded as the best album till now.

“The Predator” debuting at #1 on the R&B charts, created history as it was the first album to land simultaneously at #1 position in both R&B and Pop.

With more than 193,000 copies being sold in the first week of release, it was by far his best album.

Following the release of his 4th album, his popularity started to sink. This forced him to go on a hiatus from releasing records.

Return from the hiatus and his musical stardom continues

During the hiatus, he did not leave out music completely. Rather, his 6 years hiatus included spending most of the time touring with other popular artists like Eminem, Snoop Dog, and Dr. Dre.

Returning after 6 years, his albums gained even greater prominence. It shows that the tours helped him to learn a lot more, and add to his skill sets.

What happened next was his series of collaboration hits, which gained him even more prominence in the years to come. Releasing his latest album in 2018, “Everything’s Corrupt” Ice Cube kept up with his prominence in the music world.

Ice Cube did not restrict himself only to music. Instead, he ventured into the world of acting and direction. It was followed by his business expansion.

His Movie directions includes hits like Friday, Barbershop, their sequels, and many more.

His business ventures included starting his own clothing line, which comes along with cool headphones and his nascent project Big3.

Big3 is in the niche of the NBA wherein the veterans of the game participate in league matches.

His real estate wealth amounts close to $10 Million, divided into two real estate projects. Overall, the success in his music helped him to explore the excellent fields of acting, direction, and business.

Married to Kimberly Woodruff for close to 20 years, he is enjoying one of the most successful marriages in the industry! With 4 children, he is having a blissful personal life. We wish him all the very best for happiness in his personal and professional life.

Now that you’ve known all about Ice Cube’s early days, career and Personal Life, it’s time to take a look at a few of his famous Quotes.

3. “I think the worst thing you can do about a situation is nothing.” – Ice Cube

4. “Music is where I have the most creative freedom, but I love producing. To me, that’s kind of where all the action is. You get a chance to have your hands in every aspect of a film. From picking a director, sometimes picking a writer, to the actors, the wardrobe, set design, editing, music, and marketing.” – Ice Cube

5. “Sports without music is just a game. Music makes it entertaining.” – Ice Cube

The journey of Ice Cube was a truly balanced one. Not too flashy, yet not too mediocre. Yet, his life had 3 key learnings for everyone.

Let us look into the 3 key learnings that we can take from the life of Ice Cube.

1. Keeping education first: Don’t let success get into your head. While the NWA was at its best, Ice Cube ensured that he completed his undergraduate. Being the most successful alumni, he ensured that education is still his first priority over music.

2. Understanding the importance of abuse: This might come as a surprise to many, but he never thought of verbal abuse as a problem. As per him, certain situations demanded the use of the appropriate word. But, he only cited an instance when we should refrain from abusing. It is when you are surrounded by adults, just to pay them respect.

3. Knowing when to take a break: After the 4th album did not work, Ice Cube decided to shelve his 5th album. He took a break of 6 years, toured with the best in the business, learned the art even more, and dropped his next album. The new album garnered more critical acclaim than the previous ones! Thus, knowing when to break can only improve your performance.

Ice Cube is a legendary artist with his hip hop roots dating back its early days. He’s worked with the likes of Eazy-E & Dr. Dre.

What do you think about Ice Cube, his Career in Music, Business Ventures and his Net Worth? Tell us in the comments down below.