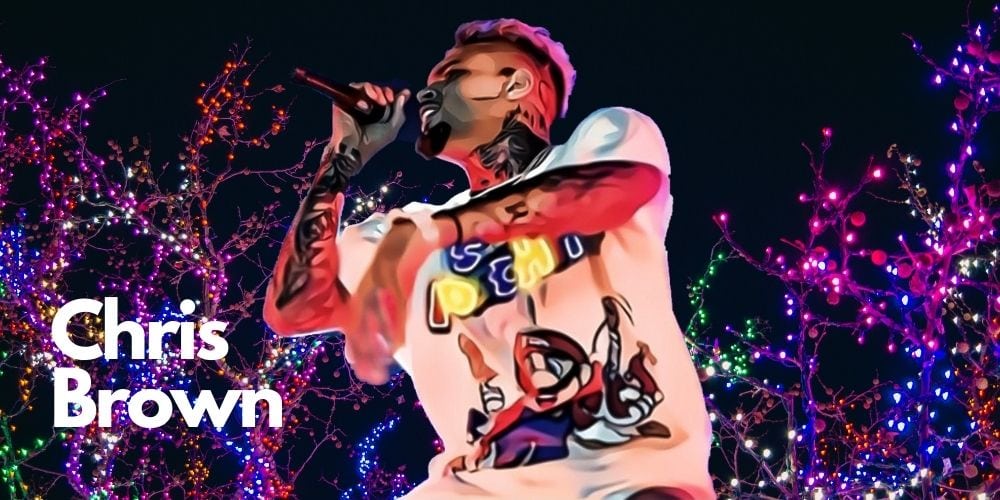 What is Chris Brown’s net worth, Income, Lifestyle, Bio? Find out in this article.

The entertainment world’s one of the biggest stars of this decade, Chris Brown has had one interesting life. His success and shot to fame, along with his catchy dance steps have got the audience glued to him!

Collaborating with Mr. WorldWide, International Love gained enough stardom to rank at #13 and claimed the triple-platinum certification by RIAA in 2016.

Let us capture some of the best moments from the life of Grammy Award Winner, Chris Brown.

With more than 140 million records sold worldwide, Chris Brown is undoubtedly one of the superstars of hip-hop music.

Christopher Brown was quite close to music from a very early childhood. With his focus on music, and his parents realized his skills, they wanted to give him a chance with a record deal. So, they started searching for one.

Born on the 5th of May 1989, Chris Brown’s parents did not belong from the upper-middle state. Instead, Chris was born and raised in a very humble background.

His mom was working in the daycare center while his dad was a corrections officer at a nearby prison. He also has a sister, who is currently involved in the financial domain.

Chris Brown was rather intimidated in the childhood. While he was growing up, he had to go through a tough time, as his parents were going through a divorce. Moreover, Chris also watched his mom’s then-boyfriend abusing her, which made him scared for life.

Entry into the music Arena

Chris was soon recognized by Hitmission Records. They ensured to look out for bigger names in the music industry. Soon, they came across Def Jam records. After auditioning at Def Jam Records’ NYC office, he soon started getting the needed break.

For two months, the contract between Def Jam and Brown was at abeyance. Finally, it was called off. Further, he hired Tina Davis as his manager, who promoted Chris Brown to further newer recording labels.

Eventually, the deal was signed with Jive Records owing to their success with young talents like Justin Timberlake and Britney Spears.

His first album, titled, Chris Brown, peaked at #2 in the Billboard 200. Isn’t it some grand debut?

Selling millions of copies, Chris slowly started to taste the success and fame. It also received the platinum certification twice.

Further, Brown started with tours, shows and ventured into acting by making a special appearance in the pilot episode.

Well, it was just the beginning for Brown.

What followed for Brown, was a dream run in the television world. Hosting shows, being in episodes, as well as opening the show for Beyonce in Australia, it was all just going great for Brown.

Amidst all this, he started working on his second album, Exclusive. With the release, the album charted at #4 in Billboard, thus making it another hit for the singer.

It was followed by numerous guest appearances for the promotion of the album. Later, Brown released many more hits, featuring with many super artists as well.

With 100 entries into the Billboard, Brown is undoubtedly one of the biggest names in the music industry. Citing his inspiration as Michael Jackson and Usher, Brown has tried to emulate their steps, musical style, and electric spark on the stage.

The modern-day versatility of Brown has gained him musical prominence in today’s music world.

His light lyrical tenor voice, captured the attention of his mother when he was 11. His unique voice did the magic for him in the musical industry.

Other than music, Brown is also involved with street art. Under the name of Konfused, he has partnered with Kai, to paint the city of Miami with colors.

Brown has had just two relationships to sway into, yet no kids from either of them. Rather, he is the father of two kids, one with Nia Guzman and the other with Ammika Harris.

His relationship with Rihana made the most news. Less for the love and more for the abuse.

Later, both of them decided to give another shot to the relationship. Unfortunately, it did not go the right way.

Post the break up with Rihana, he wanted to get back to Karrueche Tran, but even this relationship failed miserably.

His legal battles mostly were about the domestic violence with Rihana, that captured the media, like high voltage news. It spiraled into Brown getting removed from ads, music shows, and his songs getting replaced in the Grammy.

Brown was also involved in a feud with Drake at WIP nightclub. Brown, due to his immense legal issues, is banned from entering Australia, New Zealand, and the UK.

Brown is involved with launching 14 franchises of Burger King. He has also gone ahead to launch his own clothing line, Black Pyramid.

His record label, CBE, under the Interscope records is another feather to add to his cap.

Chris Brown has made good money from his singing career. His business ventures have helped in raking some more cash and multiplying the existing stash. Although he is one of the wealthiest hip hop artists, he still has a long way to go before reaching the ranks of Dr. Dre, and Jay-Z.

While Chris Brown’s success is solely due to his sheer hard work and talent, there are certain grey areas that Chris Brown must have addressed. Let us have a look at few key takeaways from Chris Brown’s life:

1. Anger Management issues can devour your career: Failing to manage his anger, he ended up inviting lawsuits to his name. Rather, he also went ahead to have a brawl with Drake, hurting more than 80 people. It shows that anger, not controlled, can lead to numerous issues.

2. Focus is the key to success: Not once did Chris Brown think of giving up on music. His focus on music, helping out Tina Davis at the right time, are all examples of tremendous orientation. His focus helped him gain success in the music world.

3. Choose your inspirations wisely: With MJ and Usher being the inspirations, Brown was starting to set his benchmark high from the start. This is the reason why his music is still popular since it reminds people of the hip-hop king, MJ.

Chris Brown is one of the wealthiest hip hop stars in the world, with a net worth of $50 Million. His singing talent was visible from a young age and that later transitioned into a professional career and brought Brown wealth and fame.

Chris shows us that if we set our mind to something we can achieve it, provided we don’t quit when the times are hard. Does this remind you of somebody? Yeah, right! Elon Musk.

Anyway, what do you think about Chris Brown’s net worth? Let us know in the comments below!