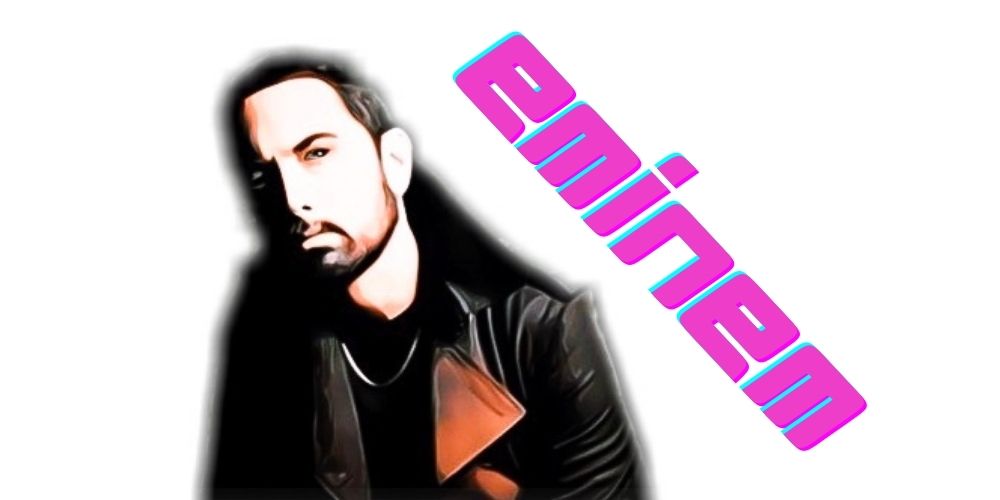 Marshall Bruce Mathers, professionally known as Eminem is an American Rapper from Missouri, U.S. When he started out, he was the only white rapper around and that gave him a differentiating factor. As of 2021, it seems like his name is slowly fading but since there’s an album in the works, he still has some hope of making a comeback.

Eminem was born on October 17th, 1972. As a child he was often bullied and beaten up by the black kids. In one such instance he even suffered serious head injuries. He began rapping at the age of 14 with his friend Mike Ruby. They adopted the names “Manix” and “M&M”. The name M&M later evolved into Eminem. Even in his teenage years his performance was appreciated by the underground hip-hop audiences.

He was a rhyme freak and would ensure that his verses rhymed, even if that meant reading the entire dictionary at nights.

Towards the end of the 90s he developed slim shady, an alter-ego that resembled him. This brought him lots of attention, and with it he was able to express his anger towards drugs, rape, and murder.

Eminem’s Slim Shady alter ego kicked things up for him. Dr. Dre, the founder of Aftermath Entertainment stumbled upon a tape of Slim Shady LP and on listening to the tape he was amazed by Emeinem’s talent and wanted him on-board. Although he was criticised by his associates he stood firm in his decision and stated: “I don’t give a f**k if you’re purple; if you can kick it, I’m working with you.”

Throughout his career Eminem has collaborated with many artists.

Lessons to be learnt from Eminem

Now that you’ve known so much about Eminem, it’s time to look at some of the lessons we can learn from his career and success.

1. You can’t rush through the way of success – it takes time

Truly successful people wait and keep working. They never give up. They patiently keep moving towards their goals.

Eminem rose to fame in 1999. Albeit he started rapping at the age of 14, his true success only came to him 11 years later in 1999 with the launch of The Slim Shady LP.

2. Be different, but not just for the sake of it

If you do what most people are doing, you’ll end up like most people. To achieve different results you need to think and act differently. When Eminem started out he was the only white rapper around. Everyone told him that he can’t rap. Heck even Dr. Dre’s associates told him not to work with a white rapper, but in the end, he proved them all wrong.

3. Collaborations are vital to growth

Microsoft’s collaboration with IBM proved to be vital for its initial growth. Not just companies, but also individuals can benefit from collaborations as it helps them gain more exposure to their potential customers and audiences respectively. Apart from that, it also helps a person understand how other people work and think. This can significantly boost your awareness and help you become more efficient, as well as open doors to new opportunities.

Eminem is undoubtedly one of the best hip-hop artists of all time. But, his career wasn’t built overnight. It took many years for him to perfect his style and artistry. As of 2021, his net worth is estimated to be about $230 Million.

He is an inspiration for all those people who are trying to do good things, differently but haven’t had a taste of success, yet.