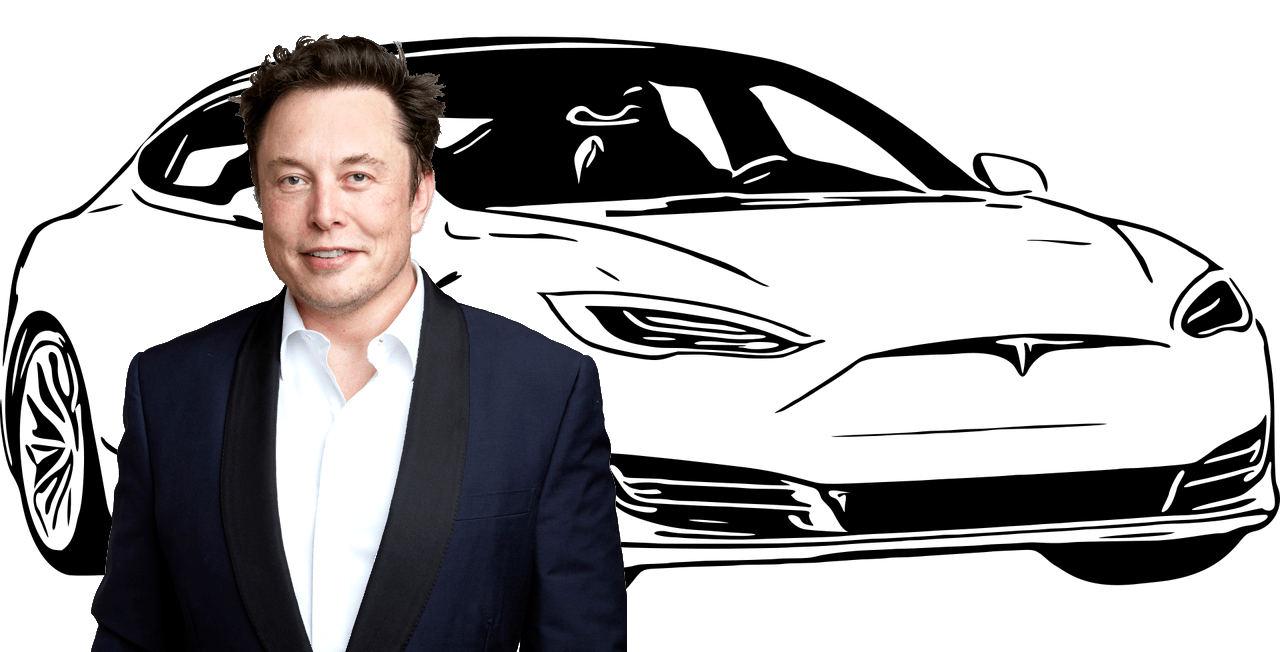 Find out the net worth of Elon Musk, and how he built his companies.

Elon Musk is an engineer, an entrepreneur, and a business magnate (🧲 too). He is the founder of SpaceX, and The Boring Company. Alongside that, he’s also the CEO of Tesla Inc. and SpaceX, and co-founder of Neuralink and OpenAI.

Musk is one of those CEOs who spends a good amount of time on Twitter sharing memes, his work and helping out his Customers. Although he has citizenships of the United States, Canada and South Africa, he currently lives in Los Angeles, California, USA and believes that all great things happen in the USA.

Elon Musk was born on 28th June, 1971 in South Africa. Even in his early childhood Musk was an avid reader. At the age of 12, He taught himself programming and created a BASIC-based video game called Blastar. Musk later sold the game for $500 to PC and Office Technology magazine.

He went to Waterkloof House Preparatory School followed by Bryanston High School, and then graduated from the Pretoria Boys High School; all in South Africa.

Before the age of 18, he moved to Canada to his Mom’s place and obtained a Canadian passport through her. He knew that going to the United States of America would be easier from Canada than going directly from South Africa.

He said, “I remember thinking and seeing that America is where great things are possible, more than any other country in the world.” While in Canada, he went to the Queen’s University. In 1992, after getting a clearance and moving to America he attended the University of Pennsylvania to study business and physics; he graduated with a Bachelor of Science degree in economics and a Bachelor of Arts degree in physics. A very unorthodox combination in academics.

Shortly after enrolling for a PhD in energy physics/materials science at Stanford University in California Elon Musk dropped out to pursue his business endeavours. Along with his brother Kimbal, he created Zip2 which was an online City Guide for Newspaper Publishing companies with Maps, Directions and YellowPages.

In 1999, the company was acquired by Compaq. From the sale, Elon Musk received $22 Million for his 7% share. He thought to himself that his company, Zip2 didn’t have as big of an impact as he had wanted, and it didn’t change the world in the ways he’d wanted it to change.

So, with $10 Million Musk co-founded x.com, a payment service company that would later become PayPal. At that time, people had to write cheques to settle transactions which was not a very efficient way of doing transactions. Since money was just an entry in the books of the banks, Musk thought of creating a service which would enable people to not just send money to each other but also help the businesses get money faster from their customers.

That is how x.com was born, but there was another company by the name of Confinity that had a similar service. The two companies merged and changed their name to PayPal in 2001. They also changed their business model to focus on retail transactions instead of peer to peer money transfer.

In 2002, PayPal was acquired by eBay. Musk received $165 Million for his stake in PayPal.

He used $100 Million to found Space Exploration Technologies, or SpaceX for short. Later, in 2004 Elon invested about $6 Million into Tesla Motors in its Series A funding.

As a child, Elon Musk’s reading included Isaac Asimov’s Foundation series. From these books he drew the conclusion that “you should try to take the set of actions that are likely to prolong civilization, minimize the probability of a dark age and reduce the length of a dark age if there is one”. This instigated the desire for space exploration in him. But he was disheartened by the fact that things were moving very slow in that direction and NASA had no plans to send people to space again.

In 2001, Musk conceived a project called Mars Oasis in order to reawaken public interest in Space Exploration. The goal of the project was to land a miniature experimental greenhouse on Mars, containing food crops growing on the Martian regolith.

Later that year Musk travelled to Moscow with two other people to buy refurbished Intercontinental ballistic missiles (ICBMs) that were capable of sending his envisioned payloads to space. They went to many companies and met various people but couldn’t crack a deal. So, they had to return empty handed.

Then in 2002, Musk and his friends returned to Russia looking for three ICBMs. But, this time they also brought along Mike Griffin who had worked for the In-Q-Tel (CIA’s venture capital arm), NASA’s Jet Propulsion Laboratory, and was on the verge of leaving Orbital Sciences, a maker of satellites and spacecraft. They had another meeting with Kosmotras who offered one rocket for US$8 million. Musk considered the price too high, and stormed out of the meeting.

On the flight back to the US, Musk realised that he could start his own company to build the rockets. He calculated the price of the raw materials. It was just 3% of the asking price of the rocket. They concluded that by n theory, by applying vertical integration (used in economics) and modular approach (employed in software engineering) they could cut the launch price by 90% while still enjoying a 70% gross margin.

According to him, the biggest reason why we weren’t progressing in space exploration was that Rockets hadn’t really evolved since the 1960s’. So, that is how it all began. Elon Musk founded SpaceX in May, 2002 with his $100 Million.

The start of Tesla was a different story. It was founded by Martin Eberhard and Marc Tarpenning in 2003, but Elon joined the team in their Series A funding round a year later. He invested $6.35 Million, about (98%) of the initial closing of $6.5M in Series A funding.

During the financial crisis of 2008, Eberhard was ousted from the company and Elon assumed his position as the CEO and product architect.

Musk holds the record for being the longest CEO of any automobile company in the history of the USA.

Tesla’s master plan as iterated by Elon in 2006 was:

Elon Musk gets the majority of his net worth from the stakes he owns at Tesla, SpaceX, OpenAI, Neuralink, and various other companies.

As of 2021, the net worth of Elon Musk is estimated at $173.60 Billion. With that amount of wealth, he is one of the richest Tech Entrepreneurs, & now the Richest Person in the world!

Elon Musk went from being bullied as a child to shaping the direction of humanity and our energy production/consumption. If and when we become a space faring civilization we’d owe it to Elon Musk for re-instigating the desire of space exploration in millions of people across the world.

What do you think about the Net Worth of Elon Musk? Tell us in the comments.