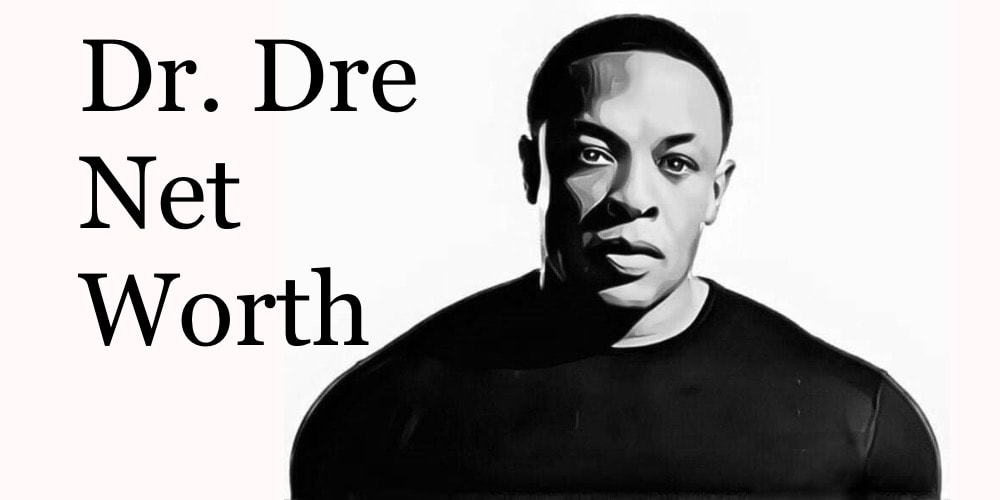 Dr. Dre’s career, whether it’s song production or entrepreneurial venture, has been a successful one.

Dre was mostly raised by his Grandmother since his mother had a very unstable married life. She remarried twice after divorcing his father. Initially he went to Vanguard Junior High School in Compton, but due to gang violence, he was transferred to the safer Roosevelt Junior High School in the suburbs.

Dr. Dre had to be transferred to Fremont High School in South Central Los Angeles during his freshman year due to poor grades. After that he started focusing on his social life & looked up to the entertainment industry for the rest of his schooling years.

Dr. Dre achieved his doctorate degree in 2015 after years of academic studies and earned a real Dr. title.

Dr. Dre’s music career began in the mid 1980s when he was working as a DJ at Eve After Dark, a local club in Los Angeles.

While working at the club, Dre met DJ Yella, who later became a member of the N.W.A. Dre & Yella recorded several demos in the back room of the club. It was a small four track studio.

The first track that they recorded was “Surgery”. It was a hit and sold 50,000 copies upon its release in 1984. The song was recorded prior to but released after they joined the musical group “World class wreckin’ Cru”.

In 1986, Dre, & Yella formed N.W.A. with fellow rappers Ice Cube, Eazy-E, & MC REN. Their debut album, “Straight outta Compton” was a massive hit. But, owing to some conflicts with Eazy-E in the early ‘90s, Dr. Dre left the group and went solo.

Despite the hardships, conflicts, & controversies Dr. Dre has been a successful Music Artist & Entrepreneur. Let’s take a look at his Entrepreneurial journey.

In the late 90’s when Aftermath Entertainment was going through a bad time, the head of Interscope, (Aftermath’s parent label) Jimmy Iovine suggested Dre to sign Eminem. Dre ended up producing three songs for the Album “Slim Shady LP”, one of which was “My name is”, a massive hit that brought Eminem to limelight.

Some time later Iovine identified two major problems in the music industry. First was piracy and its impact on those involved in the music production, and second was substandard audio quality provided by Apple’s plastic earbuds.

Latter was instigated by what Dr. Dre told him, “Man, it’s one thing that people steal my music. It’s another thing to destroy the feeling of what I’ve worked on.” All this eventually led to the creation of Beats Electronics in 2006.

In the initial development stages, opinions of musicians like M.I.A., Pharrell Williams, will.i.am, and Gwen Stefani were used. Beats Electronics initially partnered with a California based AV manufacturer, Monster Cable for manufacturing its products. Their debut product, Beats by Dr. Dre Studio headphones were launched on July 25, 2008.

In 2012, Beats ditched Monster Cable and started making their products in-house. During this time Iovine, & Dre had to supervise full operations of the company from R&D to Manufacturing.

Fast forward two years to August 1, 2014. It was this time that Apple closed the deal to buy Beats Electronics for a whopping $3 Billion out of which $400 Million were to be paid in Apple Stock. It was Apple’s largest acquisition in history. As a result of this deal, Dr. Dre ranked among the Richest Hip Hop Artists in the world.

In his lifetime, Dr. Dre has had several income sources. The primary and longest running of them all is Music Production. Soon after his big break in N.W.A. he started producing music with the formation of Death Row Records. After leaving Death Row he formed Aftermath Entertainment which was sold to Interscope. He cashed in $35 Million for his stake.

Dre made more money producing songs than he made Rapping. A single song would cost artists about $250,000 to produce. Eminem & 50 Cent both owe their careers to him.

His work paid off the most when Apple bought Beats Electronics where he held about 15-17% stake. Dr. Dre is estimated to have raked in $450-500 Million in the deal.

Dre received about $100 Million when HTC bought a majority stake in Beats Electronics in 2011. The Apple deal was about 13.33% in stocks. So, Dre may have received Apple shares worth $60 Million.

Given that Apple stock has gone up by 4 times and growth of his other invested cash Dre’s $450 Million from Apple deal would be worth $650 Million today.

All things considered, the estimated net worth of Dr. Dre is $800 Million, as of 2020. You can clearly see that the vast majority of his wealth comes from his Business ventures.

Here are some of the biggest highlights from Dr. Dre’s life:

2. Won Grammy for “Forgot About Dre” with Eminem. – 2001. Dre also won an MTV best Rap video award for the same track in the previous year.

3. Marshall Mathers LP won a Grammy Award for best rap album in 2001. The songs were sung by Eminem and engineered by Dr. Dre.

6. Sold majority stake of Beats Electronics to HTC for $300 Million net investment in the company – 2011.

1. “I’ve gone seventy-nine hours without sleep, creating. When that flow is going, it’s almost like a high. You don’t want it to stop. You don’t want to go to sleep for fear of missing something.” – Dr. Dre

2. “Hear what the artists hear, and listen to the music the way they should, the way I do.” – Dr. Dre

Now that you’ve learnt all about Dr. Dre’s Net Worth and his path to success, here are 4 success lessons from Dr. Dre to keep in mind:

1. Creativity doesn’t always flow, so when it does, act on it. This is especially true for creators. Dre compares this to a form of high and we’ve experienced it ourselves, so we know when it’s flowing we can get about an hour’s work done in just 10 minutes and with much better class & style.

Not to mention that your work will also be high quality since you’ve got all that extra experience. It almost makes you invincible and bound to succeed.

3. Change is inevitable and perhaps for the Good. Sometimes in life, our goals can change. When Dr. Dre first started out, his goal was simply to win, but that has changed significantly over the years. Change isn’t bad if you have a vision and work towards improving lives of the vast majority in some way.

4. Climbing up the ladder is important for growth. If you’re not growing, you’re shrinking. Dr. Dre started out as a hip hop artist, but soon also began producing music and then founded his own Audio equipment company, Beats Electronics. You already know how Beats Electronics contributes to the vast majority of Dr. Dre’s 800 Million net worth.

From having a struggling childhood to becoming one of the Richest Hip Hop artists in the world, Dr. Dre is a good example of how persistence & hard work can change your life. Staying persistent during hard times is only possible if you’re passionate about your work. This is what people mean when they say, “Follow your passion, money will come along!”

What do you think about Dr. Dre’s Net Worth, and his music, & Entrepreneurial journey?